The year 2014 looks very promising for virtual reality; A new version of Oculus Rift is coming out, along with plethora of VR peripherals like Sixense STEM and Virtuix Omni. Developing applications that use these devices means that middleware and software toolkits like RUIS will have an even more important role in the future, when developers want to combine different devices or develop using higher levels of abstraction.

Valve and Sony are working on their own head-mounted-displays, and who knows what surprises this year has in store for us! [update: seems like Valve is not making their own HMD after all] VR gaming is far from becoming mainstream however, and I suspect that it will be in 2015 at earliest, when indie developers start to make some serious profit with games that exclusively require VR peripherals. I don’t expect established game companies to develop big budget VR-only games in the near future. What about games that have a traditional UI and a VR user interface then? I have my own reservations; Getting two interfaces to work in one game while sharing gameplay mechanics etc., requires a lot of work and is likely to dilute both experiences if not botch at least one of them altogether.

Starting this January, we will run our virtual reality course for the 4th time in Aalto University (we started organizing it in 2011). Student teams will develop virtual reality applications using Oculus Rift, Kinect, PS Move, and other peripherals. Check out the projects from the previous year. Any interested Aalto University students should keep their eye on the course homepage, and note the new course name: Experimental User Interfaces. I also have access to Kinect 2, which will be supported in some future version of RUIS for Unity. 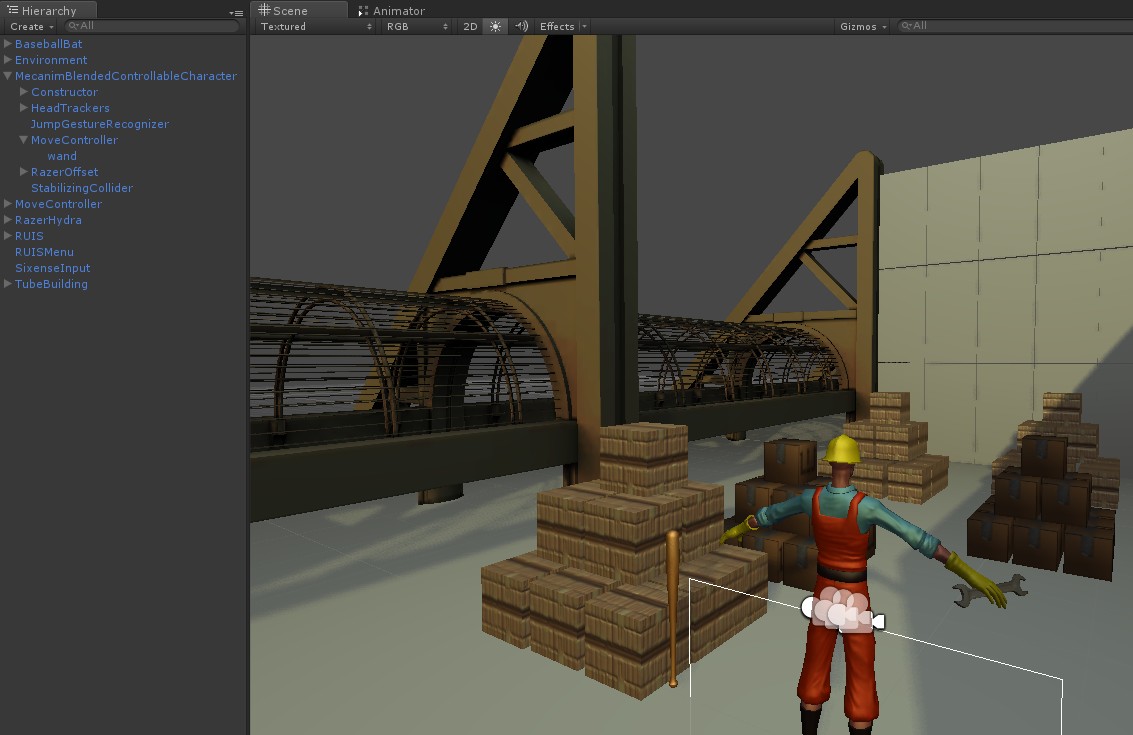 And speaking of further developments of RUIS: Since autumn we’ve been working at our own pace to improve RUIS for Unity with the aim of releasing it in Unity asset store. We have been improving documentation, adding essential features, fixing bugs, and making RUIS easier to use. Work has been slower than we anticipated and we missed our planned release date, as I’m busy writing publications for my PhD and Mikael has been focusing on his Master Thesis. It’s coming however, with all the features that we used to combine Oculus Rift with Kinect, PS Move, and Razer Hydra in our TurboTuscany demo. And then some 🙂

P.S. In 2013 we got some nice coverage: I was interviewed for a Gamasutra article about holodeck, a spanish technology site Xataka featured our TurboTuscany demo, and videos of that demo have together gathered so far almost 30,000 views (part 1, part 2).