Below you see VR applications created by my students with our RUIS for Unity toolkit. Most of the applications featured Oculus Rift DK1, Kinect, and PlayStation Move controllers.

This year and in 2015 the virtual reality course is organized in Aalto University under the name Experimental User Interfaces. A new course is starting in January of 2015.

A video of the student-created applications is available: 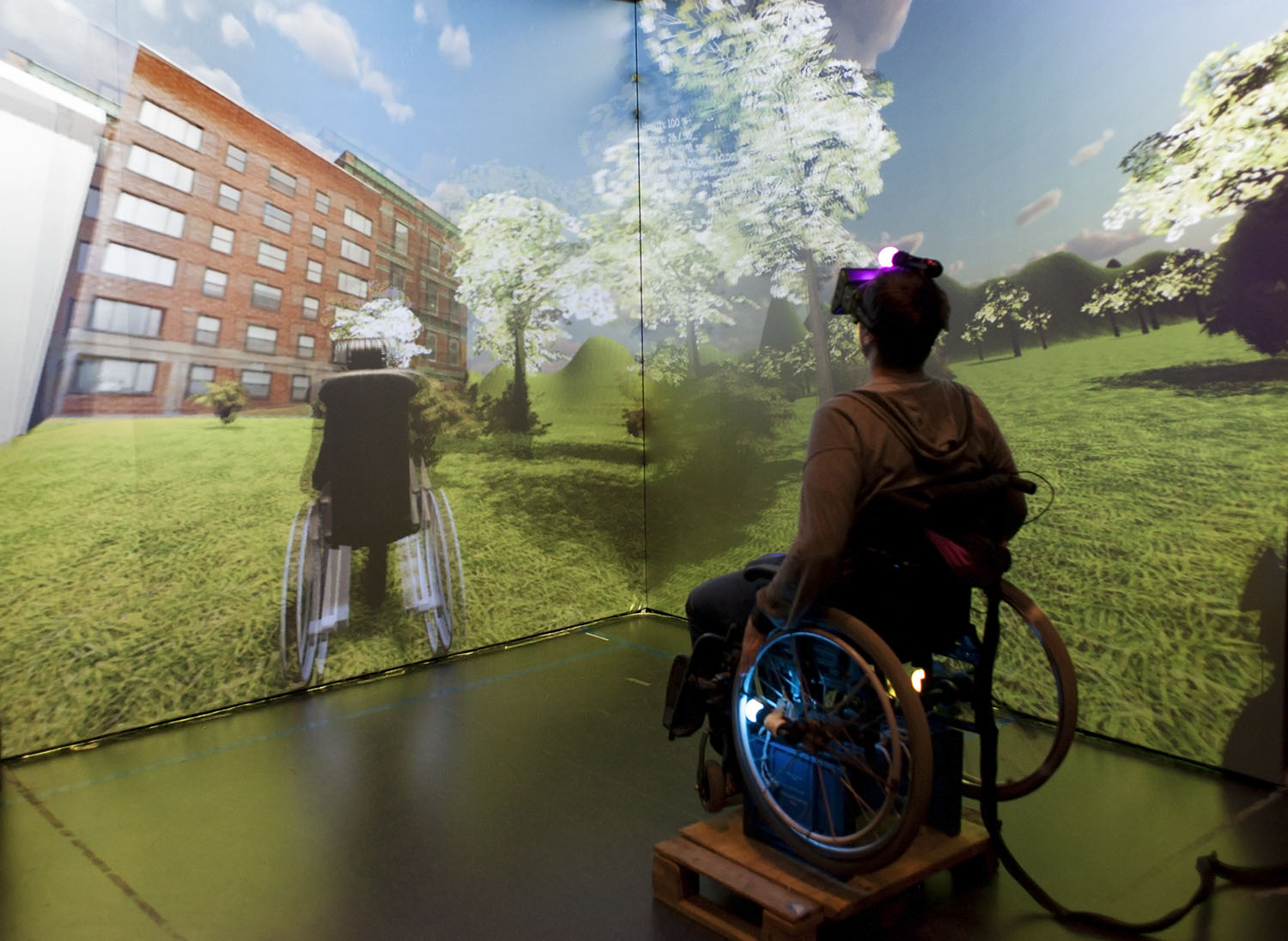 An empowering first-person game using Oculus Rift, where the player controls a wheelchair by spinning wheels that have PS Move controllers attached to them. 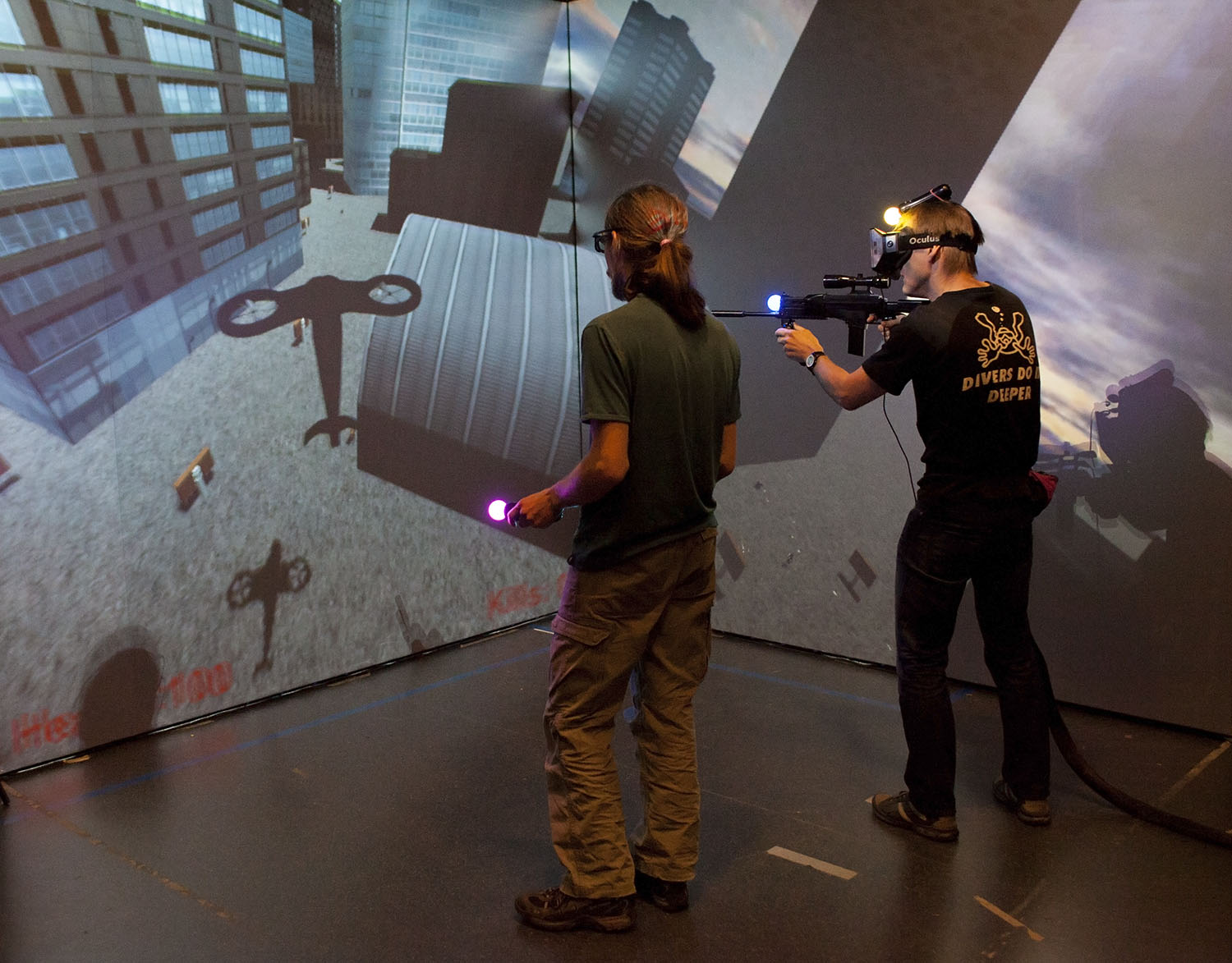 A two player co-operative game, where the player with Oculus Rift and a rifle sneaks around a city, using a laser to light up targets which can be destroyed by the second player who pilots an attack helicopter. 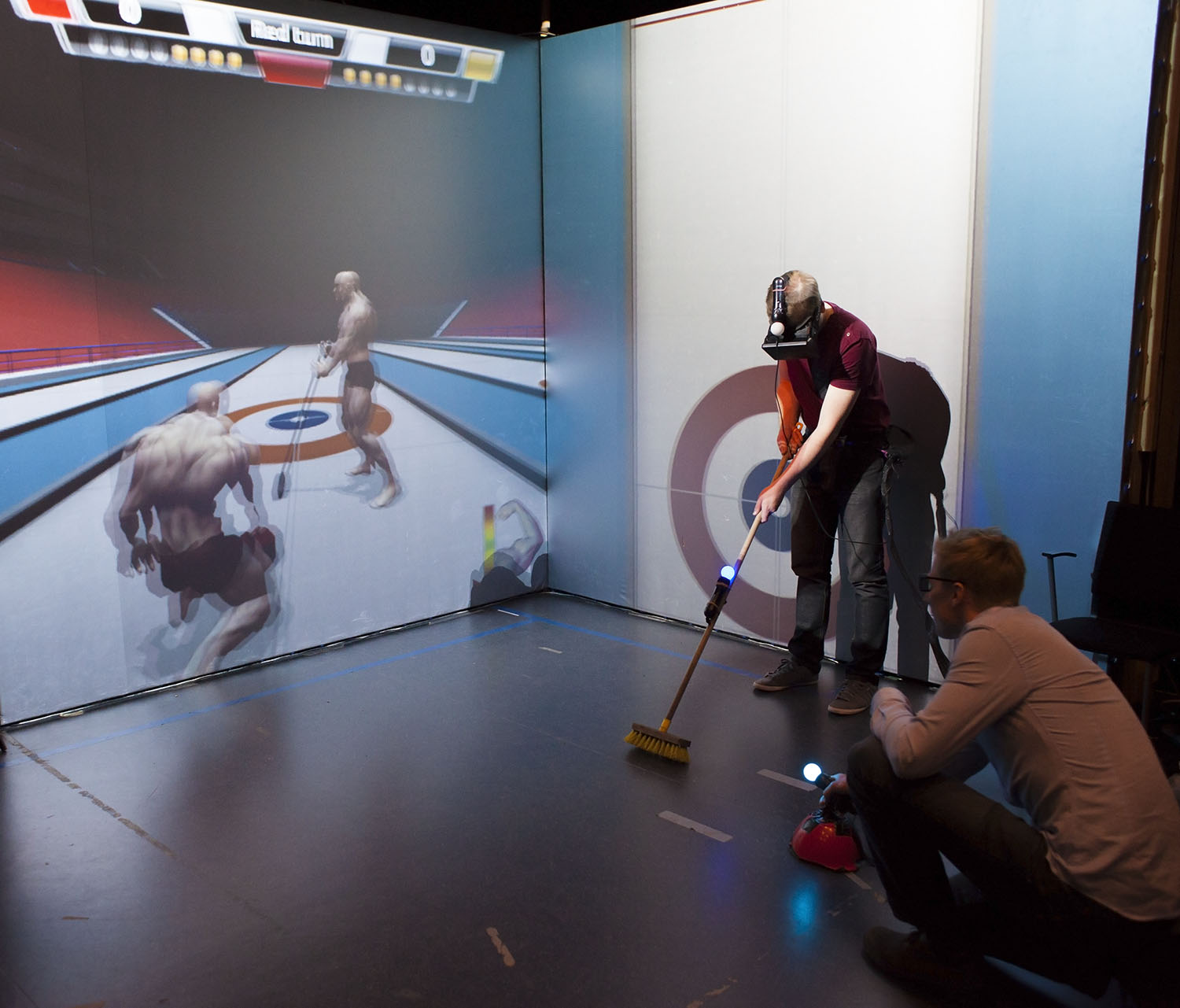 Two player co-operative curling simulator where one player is a curler who “throws” stones, and the another player acts as a sweeper, affecting the trajectory of the stones while it slides on ice. 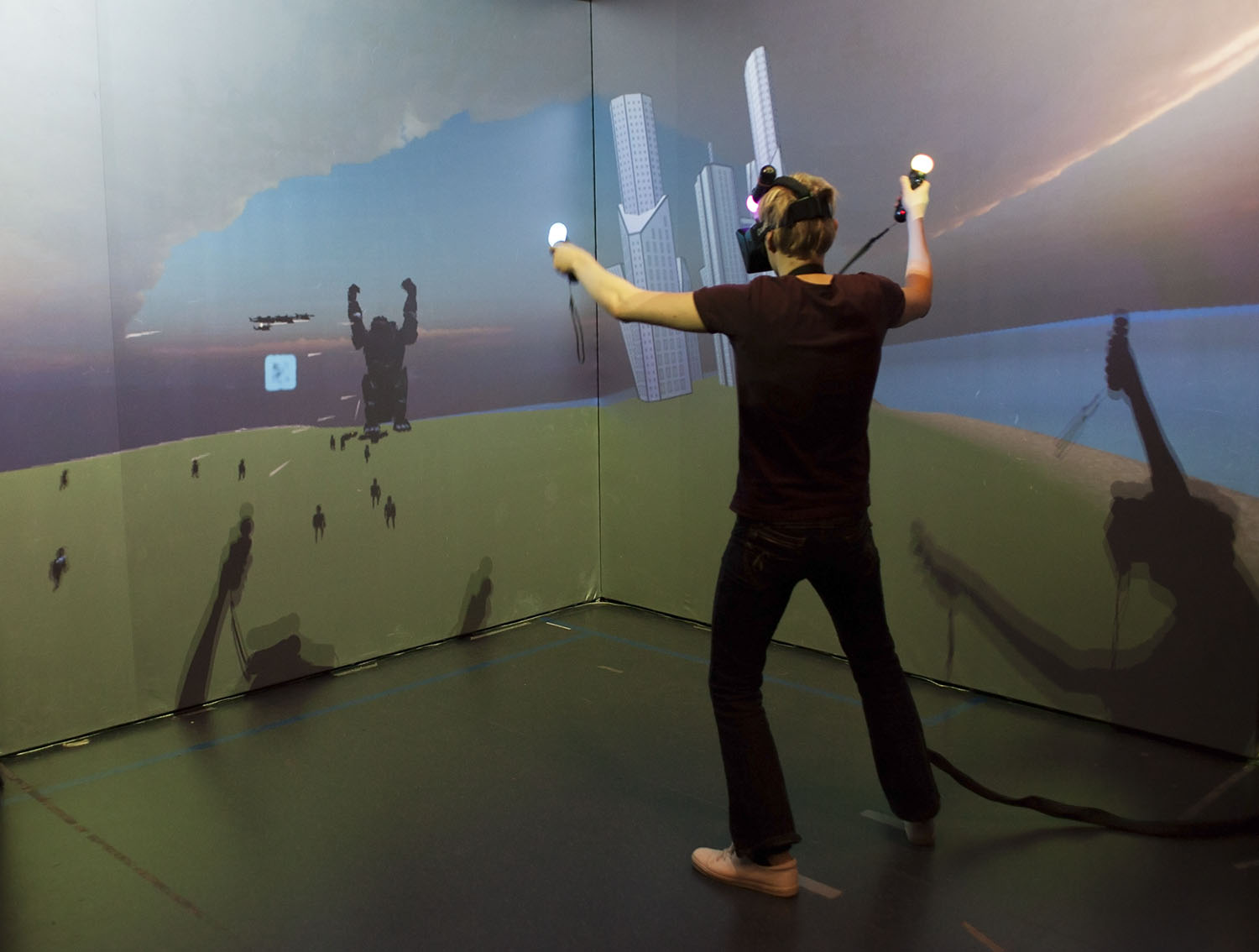 The player’s avatar is a giant cyber-lizard, who uses his claws and “laser breath” to destroy skyscrapers while fighting human soldiers, tanks, and helicopters. 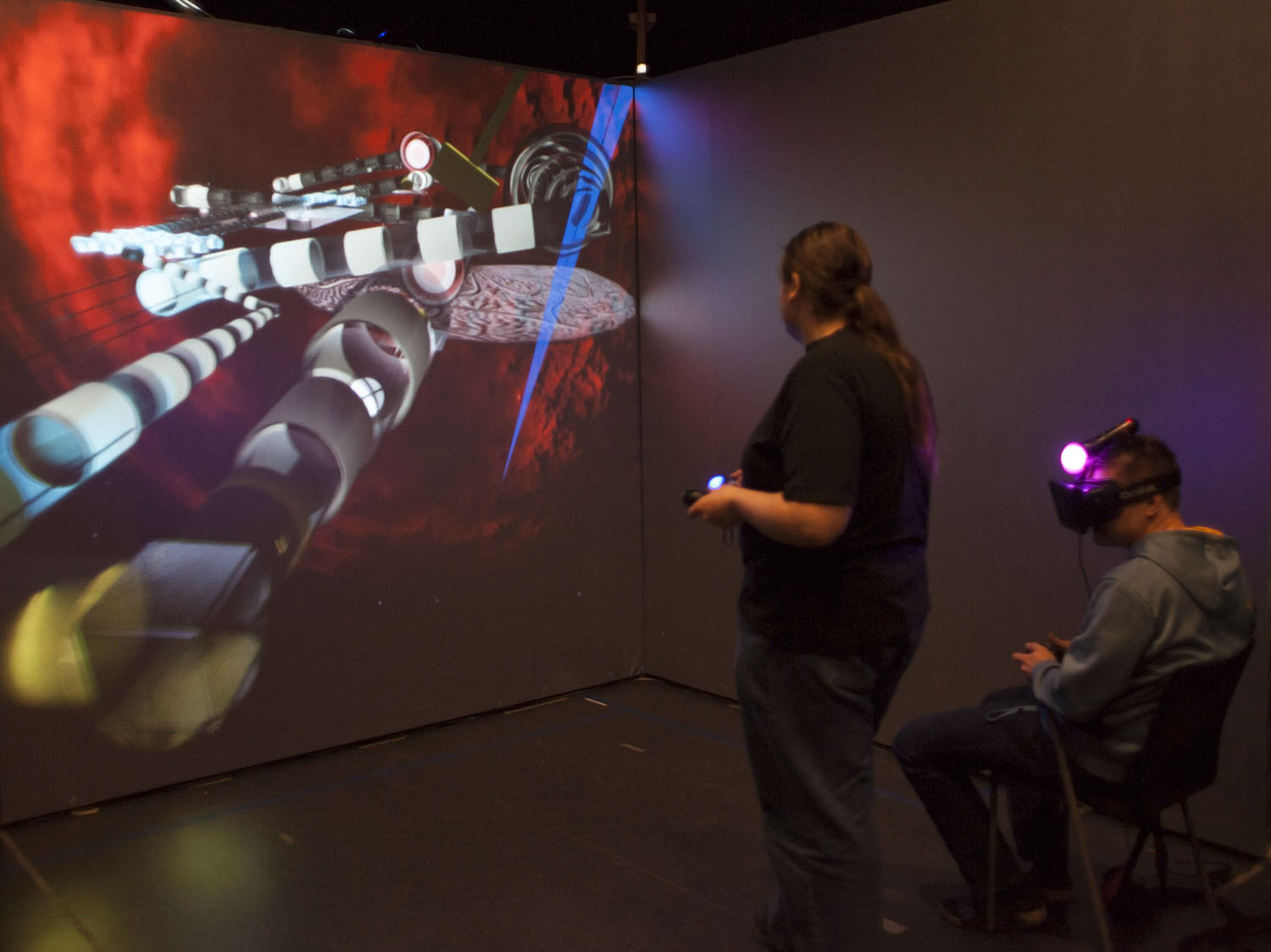 A co-operative two player game in the spirit of Super Monkey Ball and Marble Madness; one player is controlling a size-varying ball from a first-person Oculus Rift view, while the other player uses a god-view to help him advance in obstacle courses. 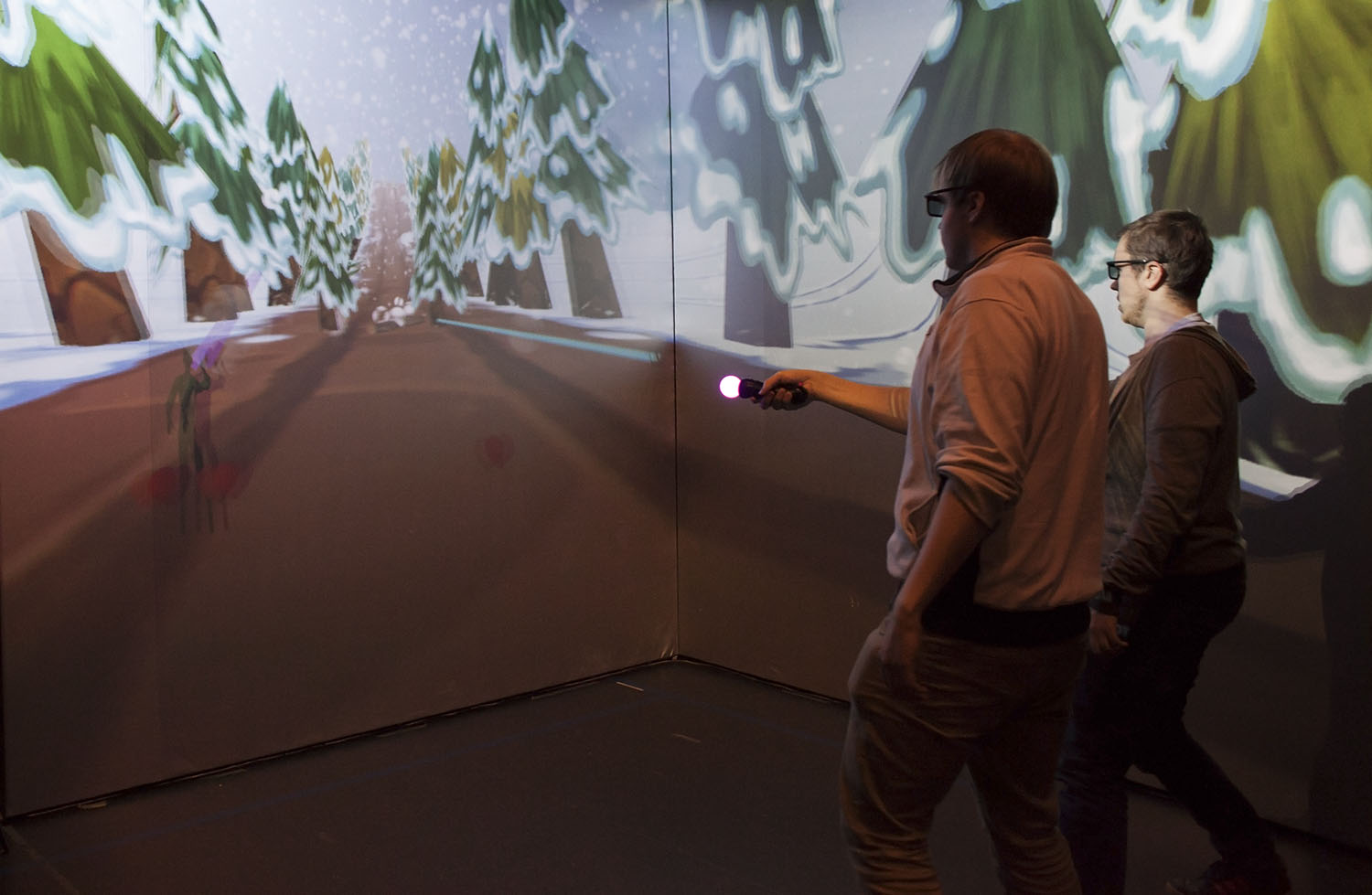 Two players compete on who can travel further on a snowy path filled with dangers.

All you see above is created by students who have no or very little experience in creating VR applications. Five out of six applications featured two different display systems: Oculus Rift and two stereo 3D screens (for audience and/or second player).

In the course the students were free to create any kind of applications, and for some reason everyone chose to develop games 🙂