Yesterday I took part in FIVR (Finland VR) meeting and got the chance to try out HTC Vive and other VR technology that I haven’t tried before. The FIVR group started meeting autumn 2014 and within one year the number of participants grew from four people to 40. This is mostly thanks to the Finnish game company Mindfield Games who have been very active in organizing the events.

The meeting and our demo was featured in TV news and an online article by Finnish public broadcasting company YLE.

Valve’s Portal VR demo for HTC Vive is the best VR demo that I’ve seen (disclaimer: I haven’t tried Oculus Rift CV1 yet). While interaction-wise it’s nothing special, Valve’s high production values have resulted in an audio-visually beautiful piece in the familiar Aperture Science environment that is loved by many. A big part of the experience is the HTC Vive hardware that performs exceptionally well; The 110 degrees 2160×1200@90Hz HMD takes immersion one step further and I’m yet to see such precise and low-latency 6DOF tracking, all working in a room scale. 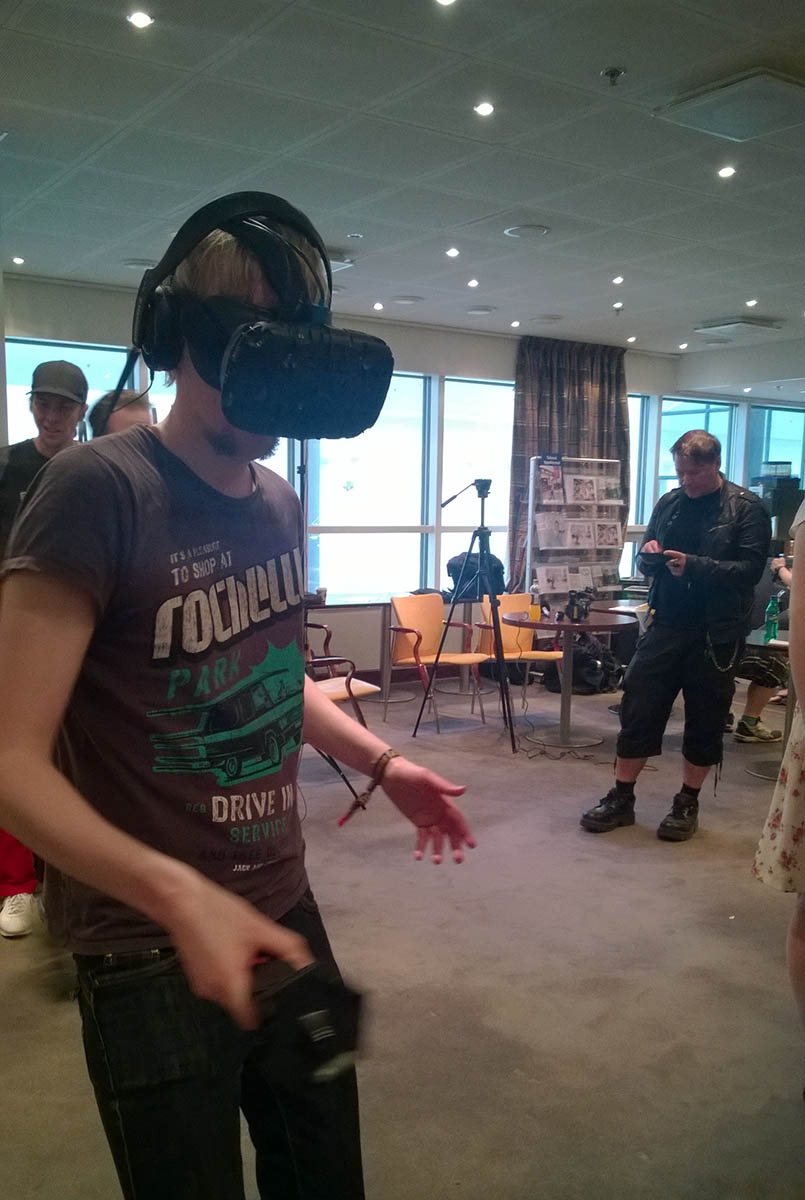 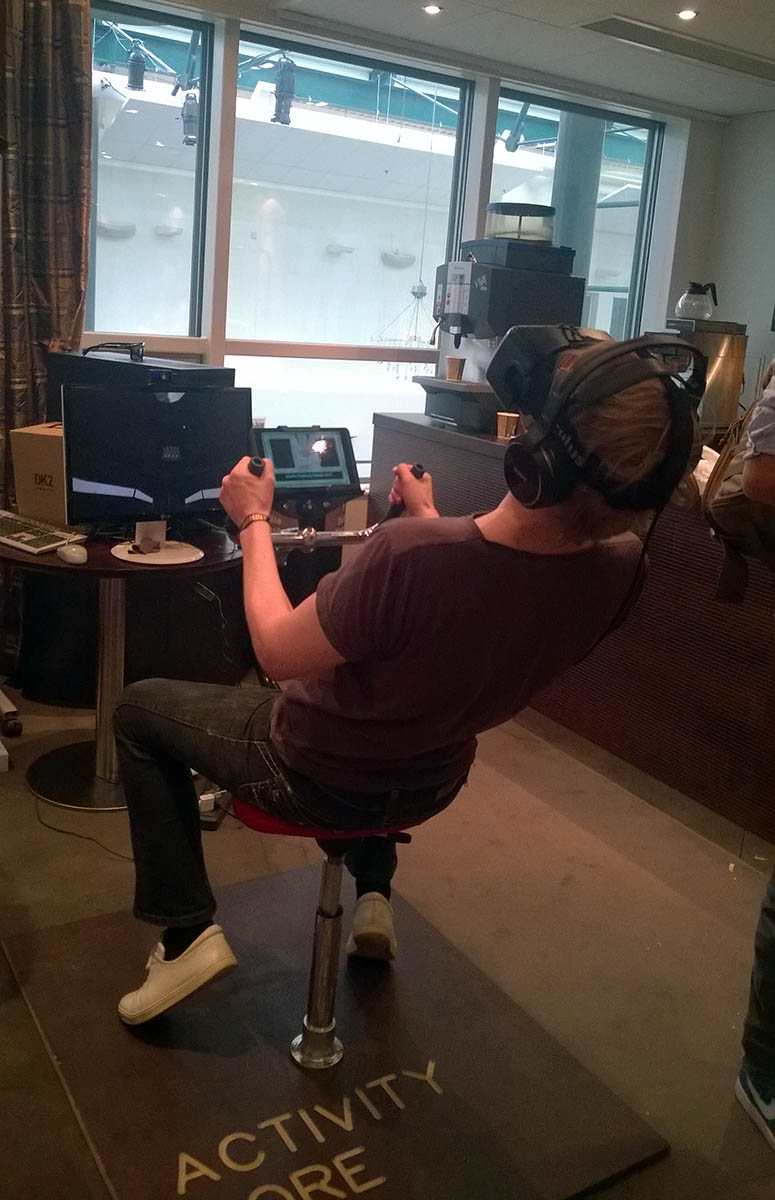 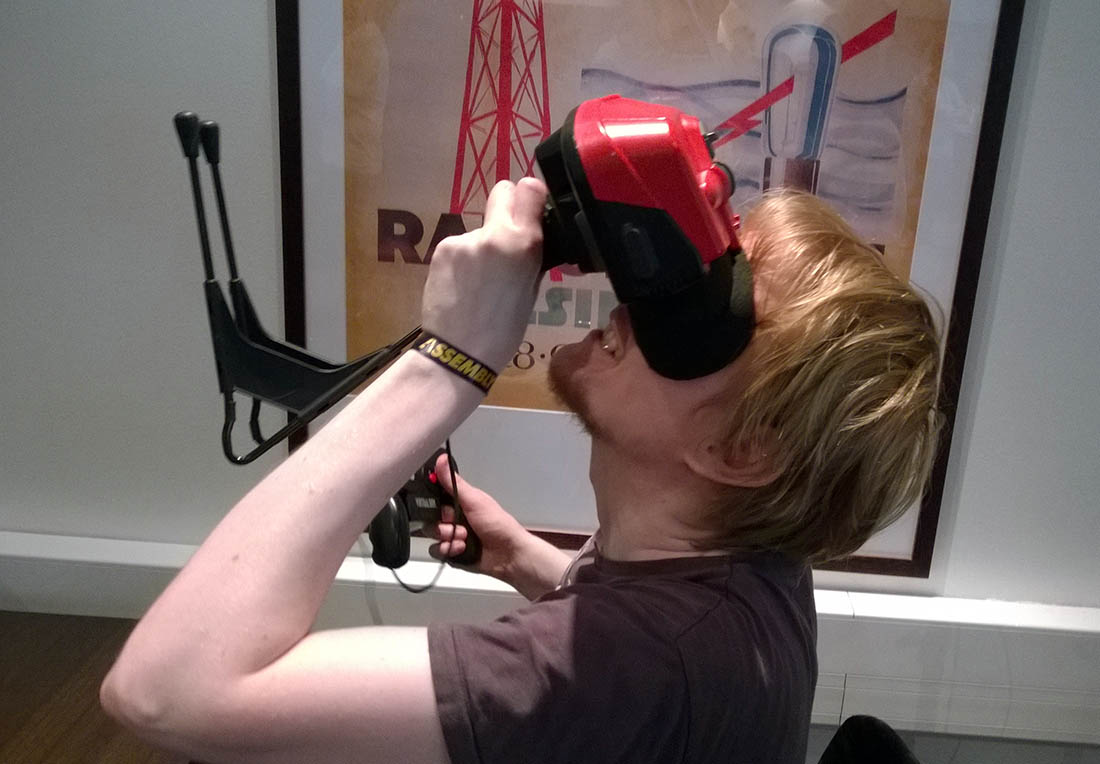