RUIS 1.10 with support for Vive and Rift CV1 released

A new version of RUIS is available at our download page. It finally adds support for Oculus Rift CV1 and HTC Vive, while requiring Unity 5.4. All head-mounted displays and motion controllers (including Oculus Touch) that support OpenVR can now be used in RUIS. They can also be calibrated to operate in the same coordinate system with Kinect. 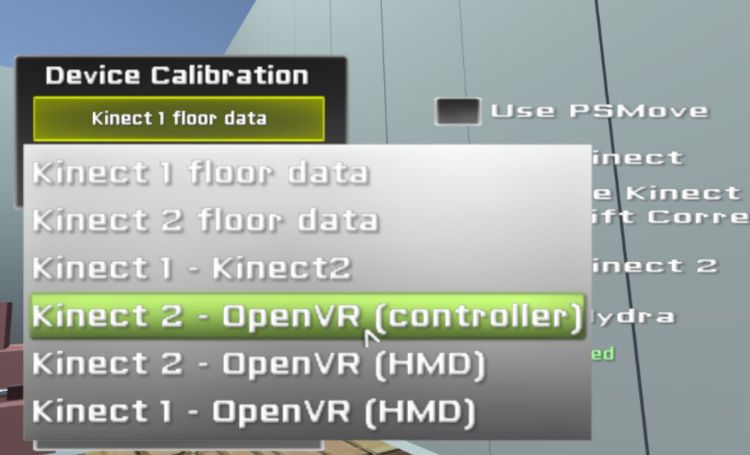 A good example of using Kinect body-tracking together with a head-mounted display in the same coordinate system is demonstrated by our Vertigo demo (which now also supports HTC Vive):

This is the first time since the Oculus Rift DK1 and its extended mode that it is again possible with RUIS for Unity to render simultaneously to a head-mounted display and other displays, including CAVE setups:

If you’re rendering on other displays besides head-mounted displays in RUIS, you should be aware that Unity has a bug with custom projection matrices, which messes up shadows. Unity 5.5 will apparently get rid of the bug. Until then, there is a quick fix available however.

See the latest RUIS readme for more information about this release.

The next version of RUIS for Unity will include a simple OpenVR calibration process that allows you to match the coordinate systems of an OpenVR device and a custom tracking system of your choice (e.g. OptiTrack mocap setup). My aim is to enable developers to easily use head-mounted displays with their own (possibly high-end) full-body mocap systems, thus enabling simplified development of first-person avatar experiences.