I was going through my old photos and found something that I should have blogged years ago.

You see, I met the ”Godmother of Virtual Reality” Nonny de la Peña at IEEE VR2013 conference, and we talked about her work. At that point I had already heard about her Guantanamo Bay detainee VR experience, where the user has to endure in a stress position while hearing “interrogation noises” from the next room.

What a way to put yourself in another person’s shoes! And that is the idea of immersive journalism, a concept coined by de la Peña. You could watch the news from a small box in your room, or you could experience the news in first person with the aid of virtual reality.

I liked Nonny’s ideas and asked to see more of her work. She was very hospitable and in March 2013 she gave me and my friend a tour at the USC Institute for Creative Technologies (ICT) in Los Angeles. 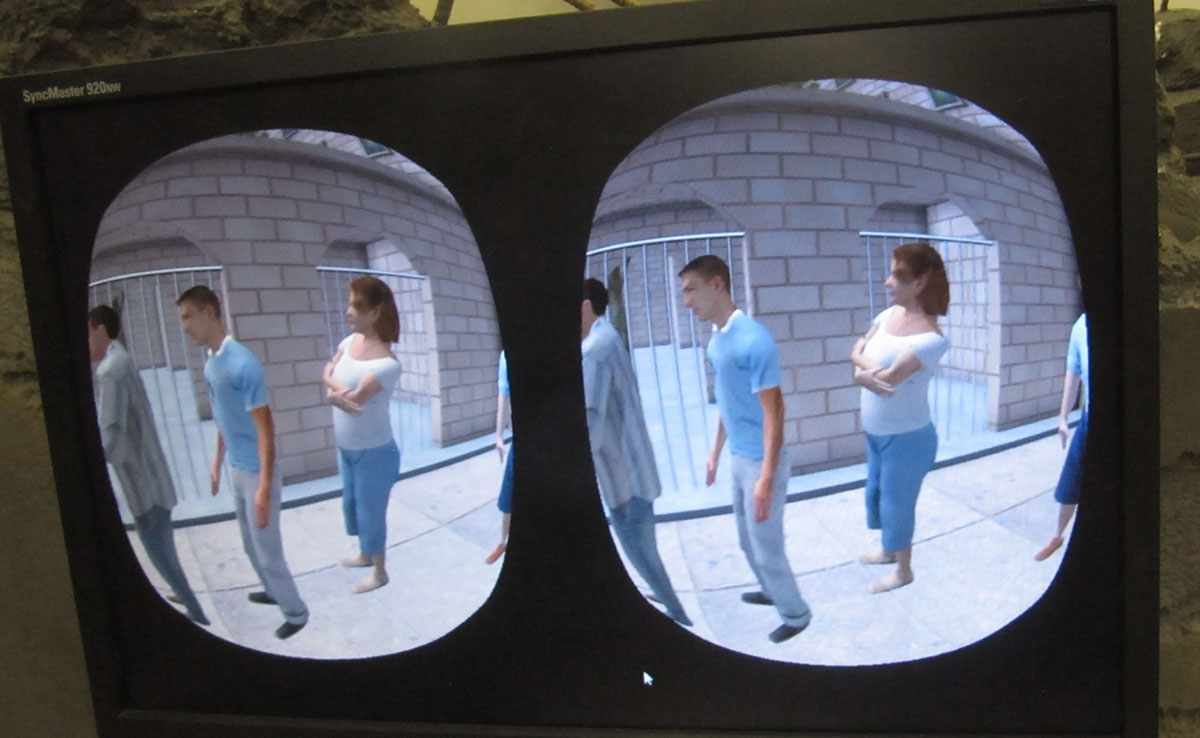 First Nonny showed us her production Hunger in LA. It’s an immersive journalism piece where the driving force is real audio recorded at Los Angeles food bank. At the time of the recording there were delays in food distribution, it started to get crowded, one person had a seizure, and ambulance had to be called. 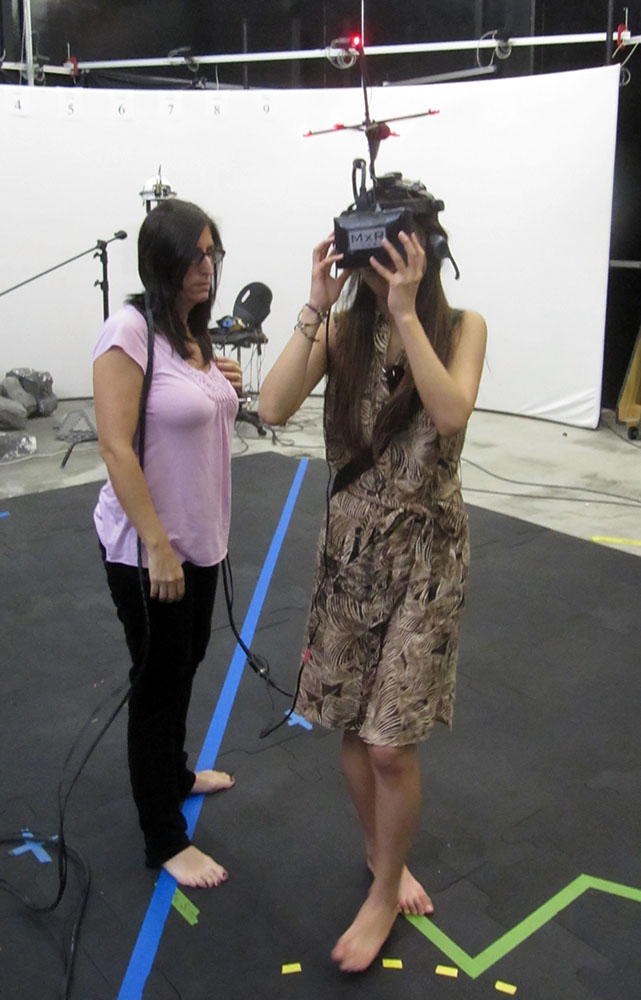 Nonny described that some viewers of Hunger in LA had been so touched by the experience that they cried. This didn’t happen with me, or my friend who was a VR novice. Perhaps we were all too jaded for that. But the use of real, non-acted audio was very moving, and I can see how people could have strong reactions for such authentic content. 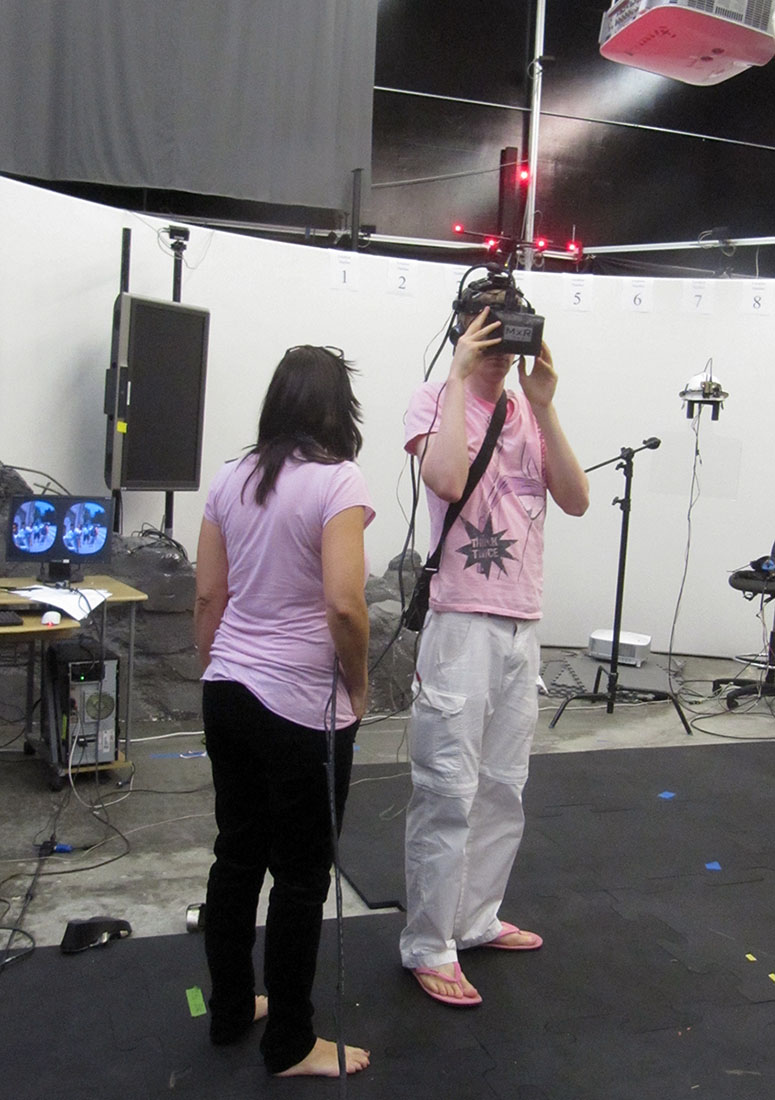 There were all sorts of set pieces in the ICT laboratory as seen in the background of the above photo. Apparently they have been working closely with US army, exploring military training applications of virtual reality. 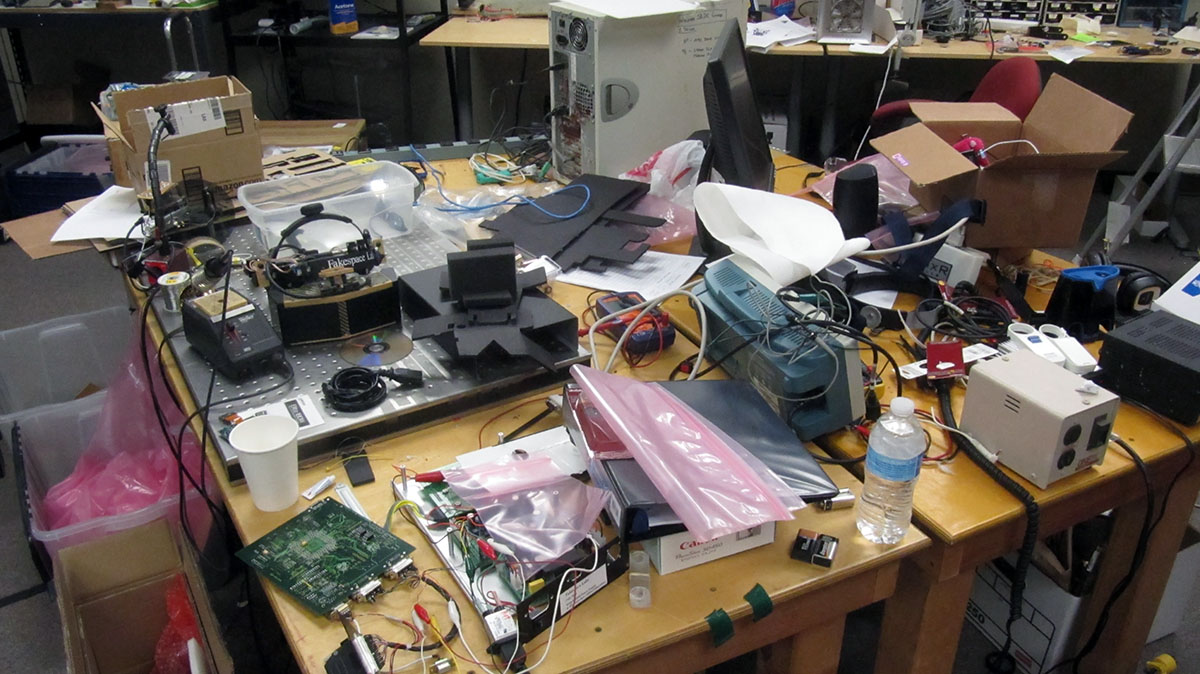 We got to see different parts of the laboratory. Above is a lab desk full of prototypes at USC ICT, where Palmer Luckey worked as a lab technician with FOV2GO head-mounted display. 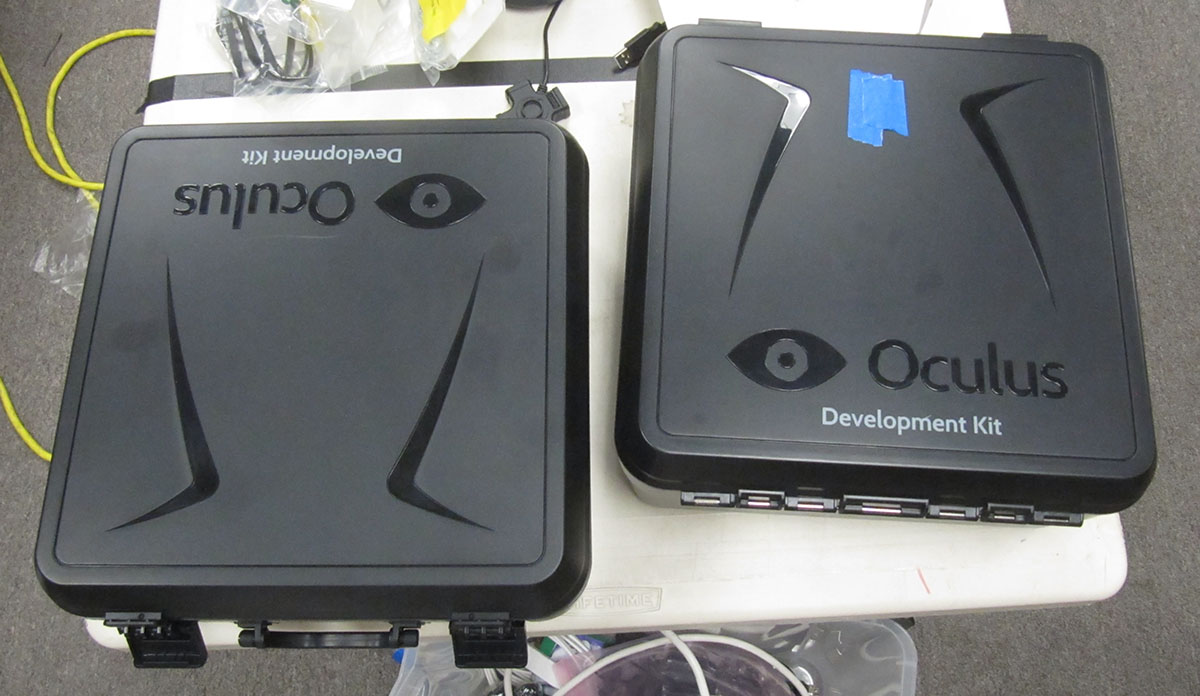 Oculus had given DK1s to ICT before the official shipping date of March 29th 2013. 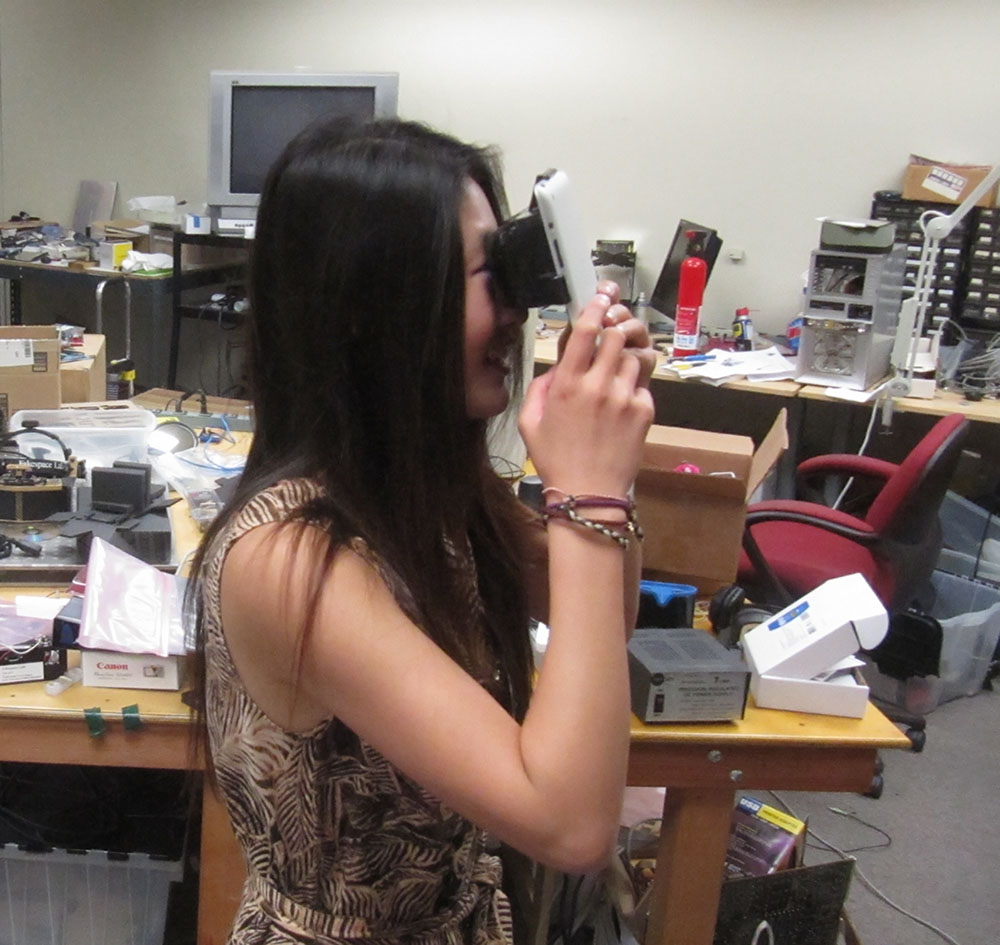 This was one of the mobile head-mounted display prototypes that we tried. 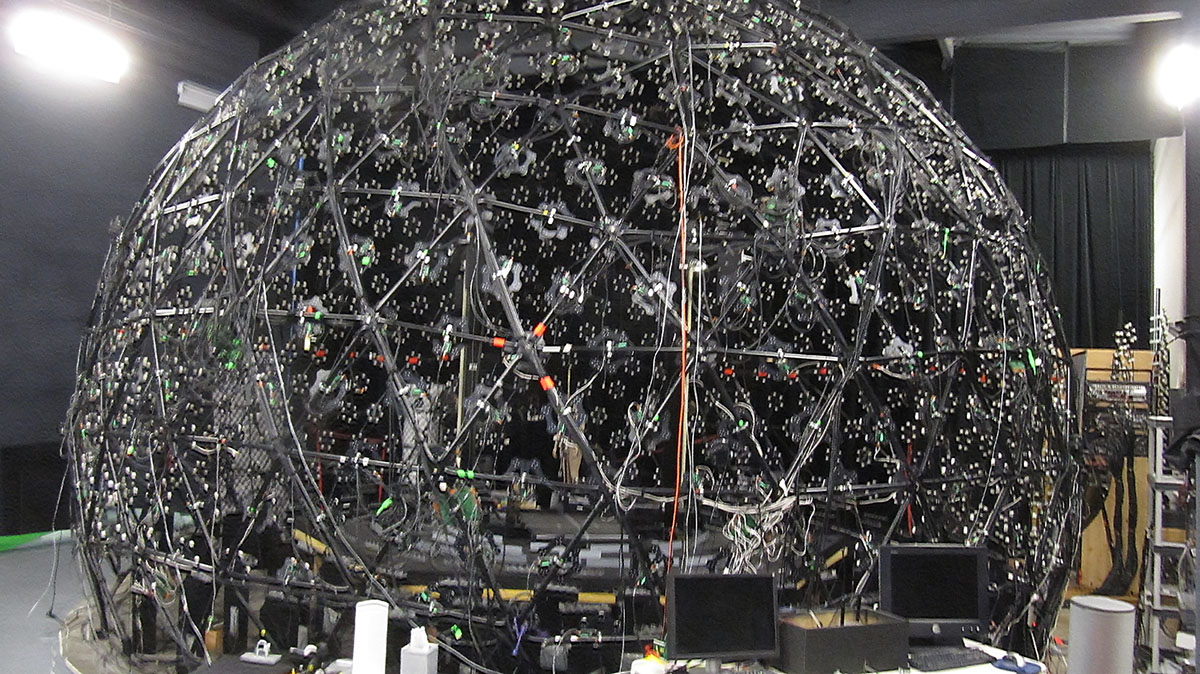 We also got a chance to see ICT’s Light Stage, which has been used to capture 3D scans of actors for several movies. Many thanks to Nonny de la Peña for giving us the tour and sharing her work!