In May I had the opportunity to try out Microsoft Hololens. It had a phenomenal inside-out positional tracking, which felt very robust. As reported widely online, its field of view is very limited. That is the single biggest obstacle for usability and immersion. As a self-contained wearable display device, Hololens is a great “development kit” for augmented reality developers to start experimenting with the technology. I believe that it will be useful in a number of real-world cases, despite the narrow field of view.

I was surprised that the interactive cursor was locked to the center of the display, and could only be moved only by rotating my head. I was expecting to be able to relocate the cursor by moving my hand in front of the device, because hand gestures are also used for “clicking” and bringing up the menu. Hololens also comes with a wireless clicker peripheral that can be used instead of the gestures. That would be my preferred way for interaction due to the clicker being more robust and ergonomic. Perhaps the “locked” cursor is a good idea after all, for those same reasons. 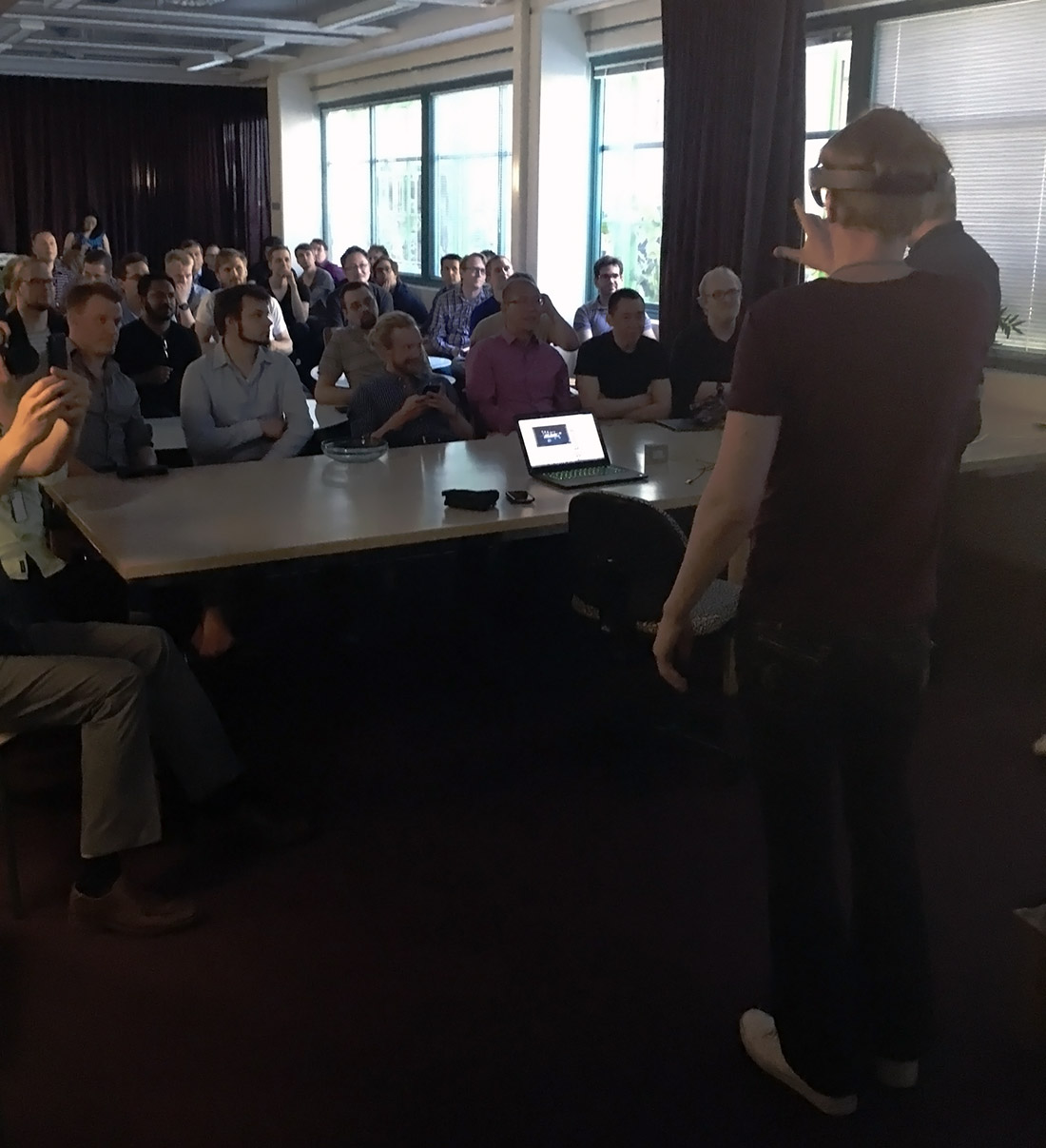 A few words about the future update of RUIS for Unity: The currently distributed version 1.082 still requires Oculus Runtime 1.06, which is obsolete and does not support Oculus Rift CV1. I have created a beta version of RUIS that supports HTC Vive, which I used for adding Vive support for the Vertigo experience. I have not made that version public, because it is still very much a hack. I’m waiting for Unity to release stable version of Unity 5.4, which eases my job by adding native support to Vive and unifies the head-mounted display interface.

I have submitted my PhD thesis (about virtual reality) for review, but I still have a bunch of other projects I’m working on. Therefore the new RUIS version will probably come out in July or August. It’s worth the wait 🙂