There are a number of compelling reasons about why now is a good time to start working with virtual reality (VR). Most of these points apply to augmented and mixed reality as well. 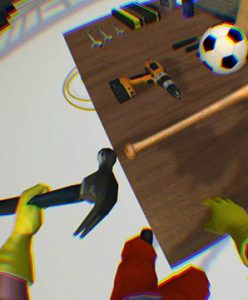 I start off by introducing my two main assertions regarding the current situation of consumer VR:

1. Anyone can become a VR pioneer. Consumer VR is being invented right now, and VR as a media is being defined. VR research has been conducted for decades and in that regard experienced VR researchers have an advantage over hobbyists. But the spread of consumer VR hardware leads to democratization of this new media; now the masses can also have access to high-performance VR equipment. This situation can be compared to the arrival of home video cameras, which gave rise to influential film makers such as Stephen Spielberg.

2. Individuals and small teams can make a big impact in VR. Many areas of consumer VR are uncharted territory, and in that sense independent developers and big companies are on the same level. Both can make major contributions in the field. You could for example get lucky and create a killer application for VR; think of Minecraft, Kerbal Space Program, and other small projects that came to be very influential. Not all discoveries and innovations need an enormous budget and a large team of engineers. A few years from now it will be more difficult to influence the field of VR as it becomes more established. *

Some of these opportunities will have big monetary rewards, and some have important consequences for the future of human culture and the way we interact with computers.

The hype surrounding VR is currently helping developers, and makes it easier to pitch your ideas. But be aware of the inflated expectations that will inevitably lead to a backlash of some magnitude. Furthermore, a mass adoption of consumer VR devices takes several years. So prepare for the long haul. Unity co-founder David Helgason suggested that new VR companies should have funding for the next 2-4 years.

Most developers in the Western world will target the English speaking market. However, one should not underestimate the Chinese VR market, and the possibilities that it offers. For example, gaming cafes are very popular in China, and they are gradually equipped with VR devices.

And finally, lets not forget that VR is fun and the technology provides countless ways to express yourself, both artistically and experimentally. If you want to get involved with VR development, but don’t know where to start, these answers on Quora will point you in the right direction.

* Assertion 2. relates to user-led innovation, which is a concept where not only big producer companies are a source of product innovation, but also individual users (including small companies) and communities. In my PhD thesis I discuss VR also from a user-led innovation perspective (Section 2.3), while the main focus of the thesis is in VR application development. One example of current user-led innovation in the field of VR is the abundant experimentation with different forms of VR locomotion: