Upcoming RUIS for Unity and a new VR course

We’ve been working hard since summer to port RUIS to Unity, and we are close with the first release! A strong maybe on this January with regards to the release schedule 🙂 Below is a screenshot of our test scene in Unity: 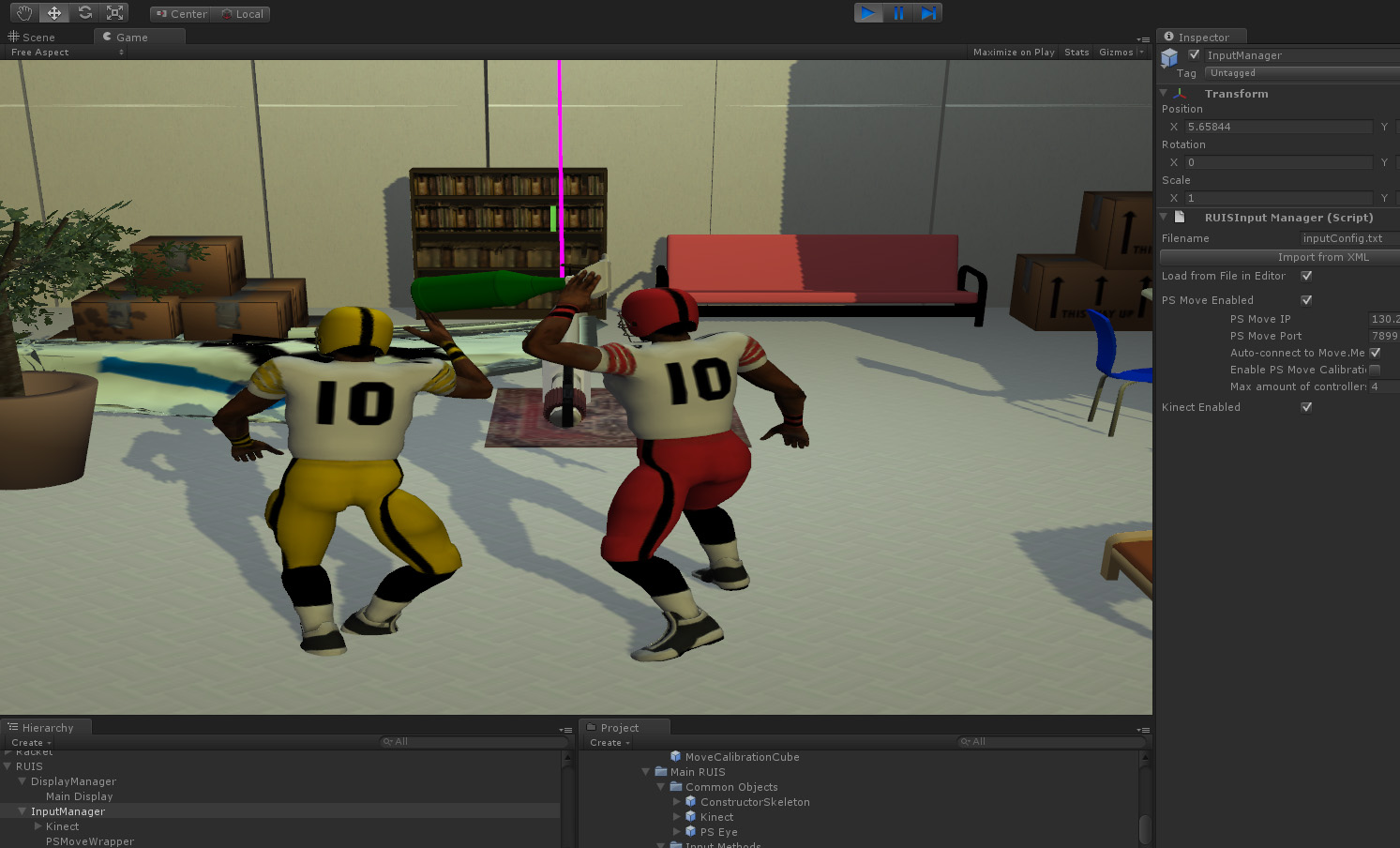 Kinect is used to control the characters and PS Move controller tracks the green water can (it can shoot water ;-} )

RUIS for Unity will have the same features as RUIS to Processing and more, including:

In the near future we will also update RUIS for Processing, simplifying its API and fixing some of the many bugs that have remained.

Also this January a new virtual reality course is starting in Aalto University’s Department of Media Technology. The course is mainly intended for Aalto’s computer science students and for Media Lab students of Aalto ARTS.

The course includes lectures about VR, and the students will create their own virtual reality applications in teams. Available for the students are Kinect, Playstation Move, Wiimotes, our own virtual environment (2-walled semi-CAVE), and Oculus Rift head-mounted-display as well as Leap Motion devices (as long as they will be delivered by April).

The below page will be updated by 15th of January with information about enrolling to the course:
https://noppa.aalto.fi/noppa/kurssi/t-111.5400/etusivu