In May 2012 we finished a virtual reality course where 13 students from Aalto School of Science and Technology and Aalto ARTS’ MediaLab learned about virtual reality.

Five student teams created their own virtual reality applications and below are photos of four of them that used RUIS for Processing: 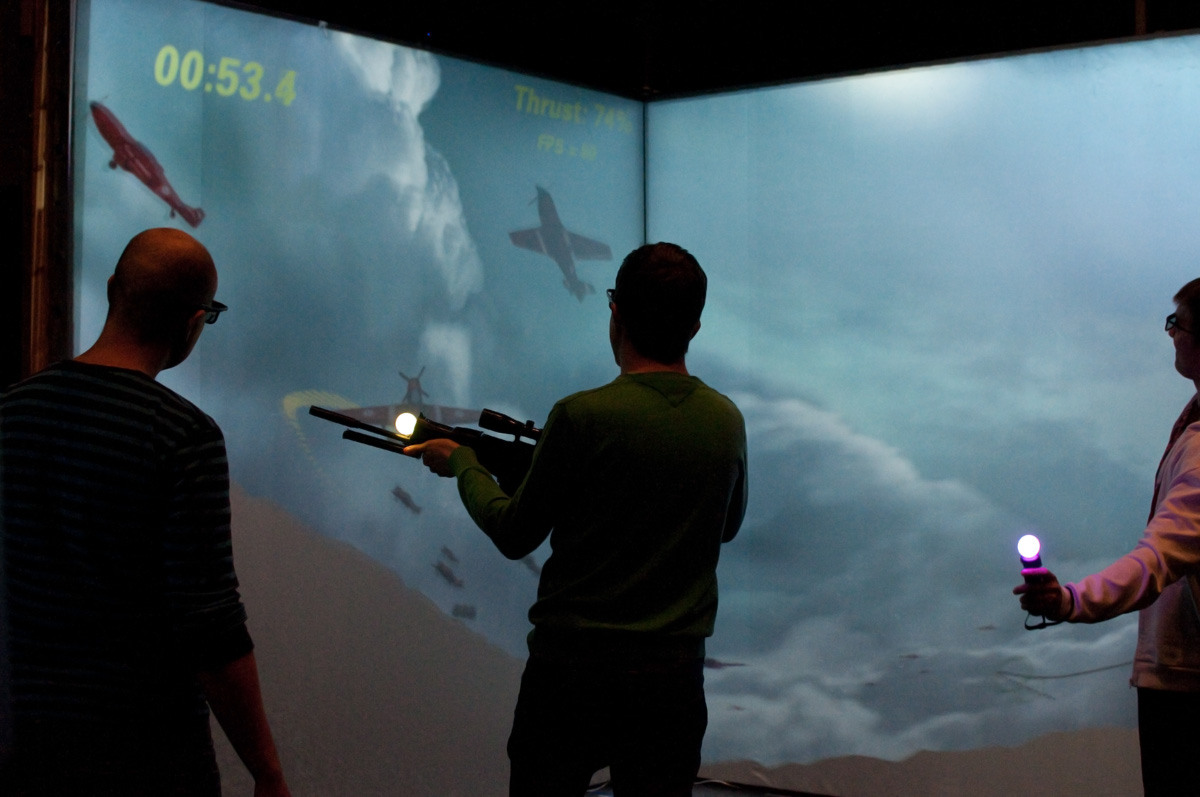 One player flies the plane with two PS Move controllers, and second player can use the machine gun to at fire enemy planes. 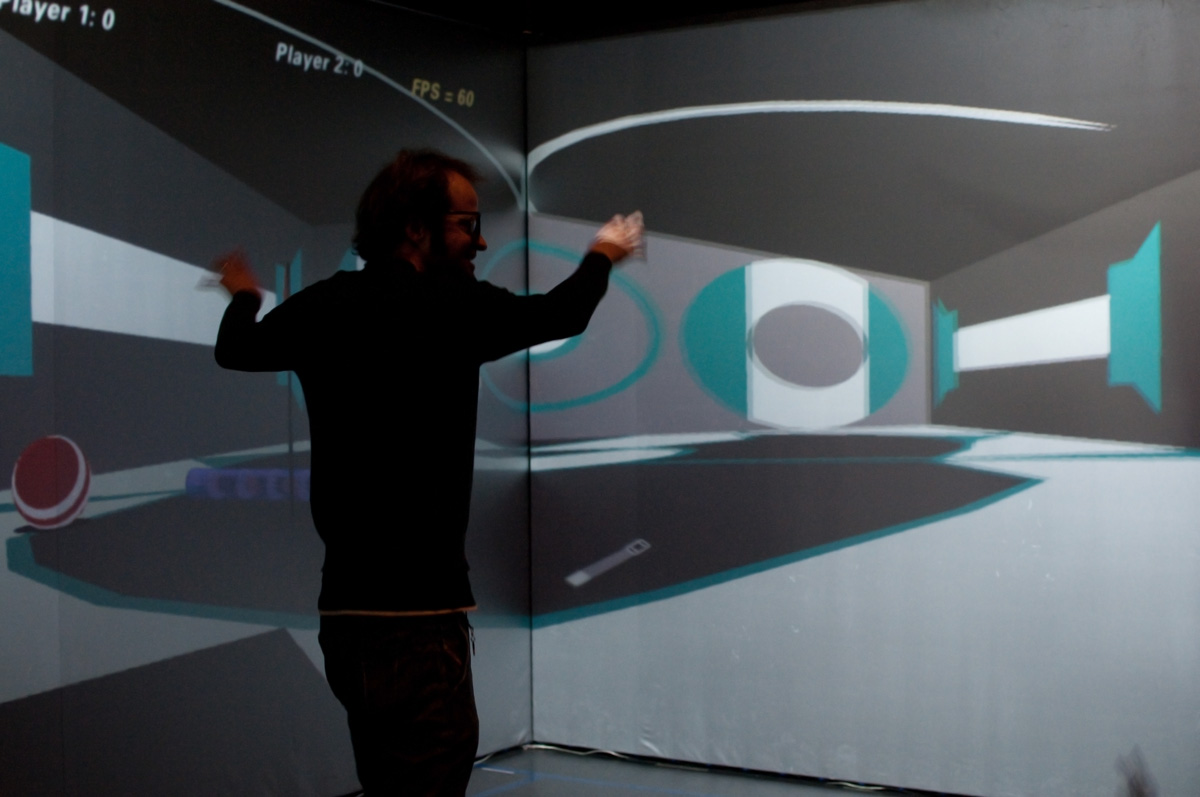 A futuristic ball game where two players compete by trying to hit the ball as close to the targets in the back wall. 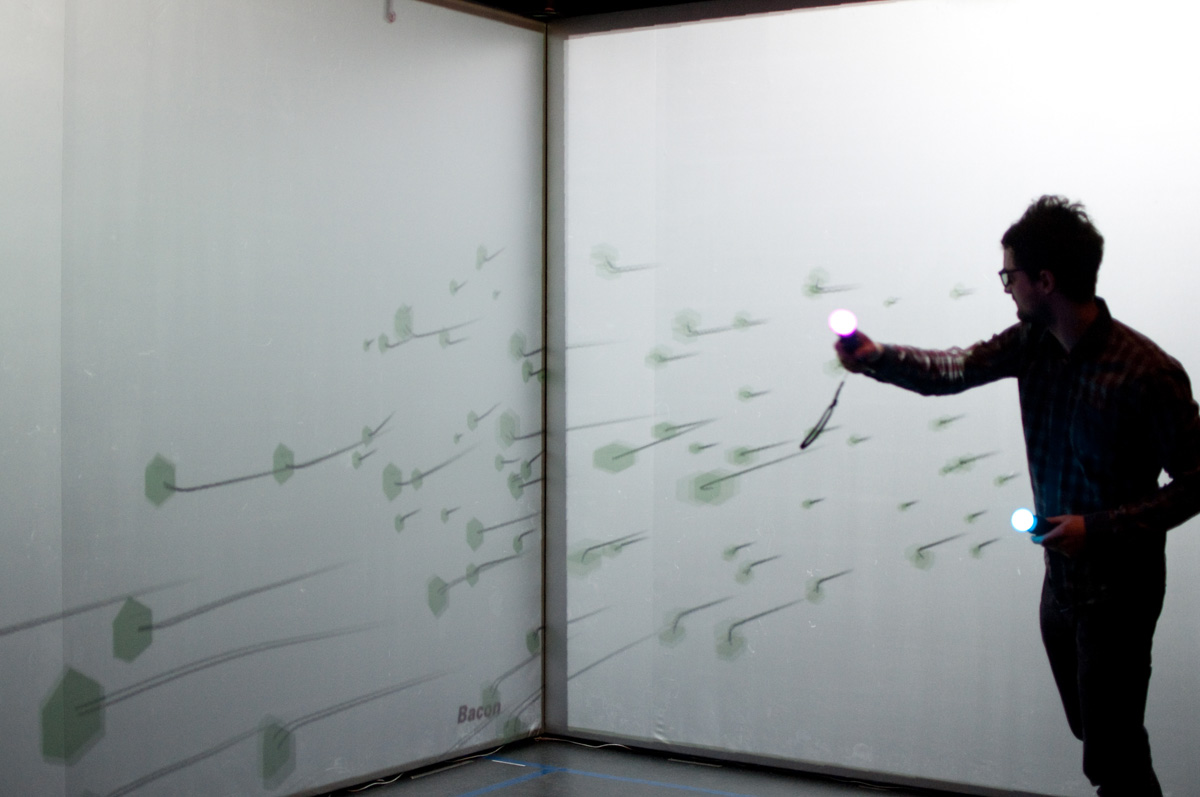 A flock of boids are affected by PS Move controllers, and their motion is forwarded to SuperCollider to synthesize sounds. I’ll upload a video/music file of this later. 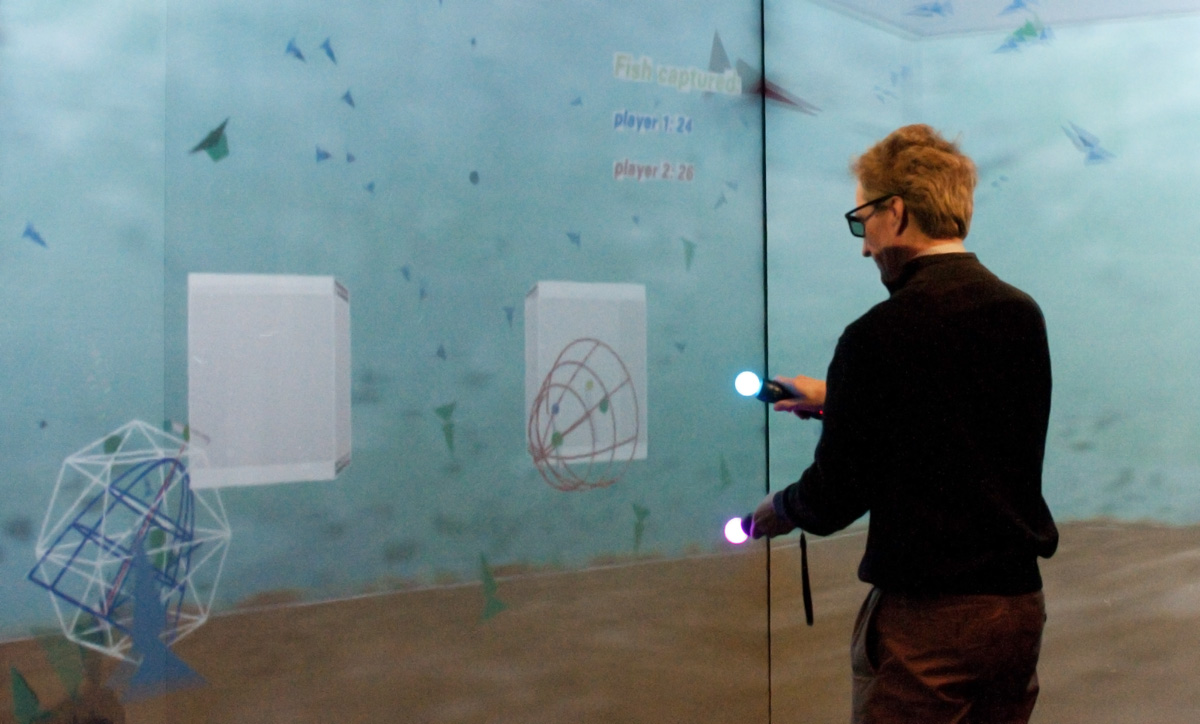 Two players compete by trying to catch as many fish as possible, by using PS Move controlled nets.

All you see above is created by students who have no or very little experience in creating VR or 3D user interface applications. This time RUIS for Processing was more mature when compared to the situation in 2011’s VR course, and the resulting apps were more fun.

A new course is starting in January of 2013. The details will be in my next post.