Aalto University’s course for virtual reality started earlier this month, and to get things rolling we have just released the latest version of RUIS for Unity. RUIS 1.07 adds new features and fixes many issues of our previous release, which we admittedly rushed out to be in time for the Spatial User Interaction 2014 conference in October. Among other things, the bug fixes of RUIS 1.07 restore positional head tracking functionality for Oculus Rift DK1 using Kinect 1/2, PS Move, and Razer Hydra.

For Kinect 2 we have added avatar joint filtering and a fist gesture that can be used to grab and manipulate objects. Developers with Oculus Rift but without Kinect get to choose whether the Rift’s orientation rotates only the avatar head, the whole body, or the walk forward direction. 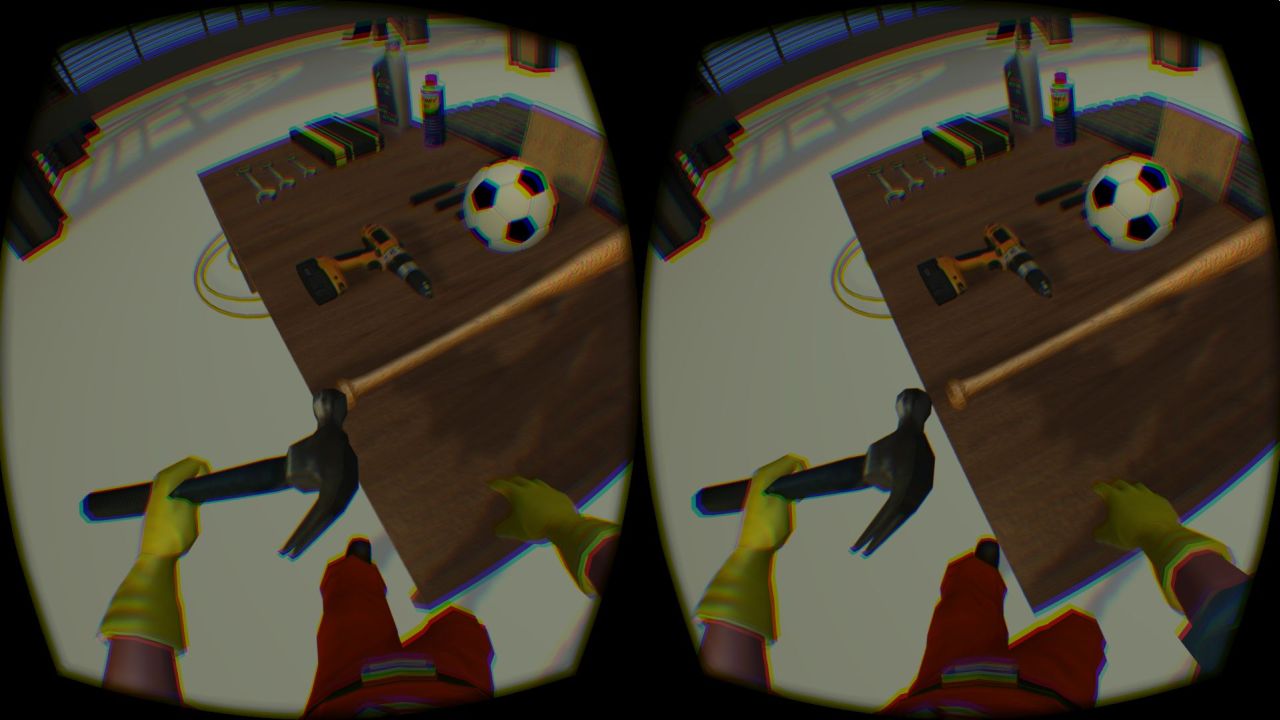 Kinect 2 tracked player grabs the hammer with a fist gesture.

Unity Free users can now use Oculus Rift, but they need to import OculusUnityIntegration.unitypackage and overwrite the existing files. Due to the premature nature of the Oculus Unity integration, there are also other considerations that you can check from the “Known issues” section of our readme. These issues, including “judder” in Unity Editor, should be alleviated as new versions of Oculus SDK will be released in the future.

We’ve performed appropriate testing this time, and RUIS for Unity 1.07 holds together well and is shaping up nicely. There is still jaggedness in the motion of Kinect controlled avatars and motion controllers, that seems to be related to Unity frame update and the irregular device refresh rate. We’ll hope to fix that for the next release.

One Response to RUIS 1.07 released! Fist gesture and more